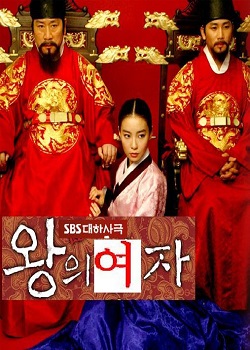 This drama centers around Lady Kim, a scheming concubine, and the events from the reign of King Seon Jo to Prince Gwang Hae, which were filled with acts of immorality and bloodshed; all in the name of protecting the throne. Prince Kwang Hae’s sinful act of immorality didn’t only take place in Joseon dynasty. Under the name of protecting the throne, a parent killed their children, a brother killed a brother, and a wife killed a husband. But, their history was not written to be a just sinful act of immorality. No one can say the other kings might not have done what Prince Kwang Hae did if they were in his position as his throne was seriously threatened. Adapted from a novel Jago Ganeun Jeo Gureuma (자고 가는 저 구름아) by Park Jong Hwa (박종화).