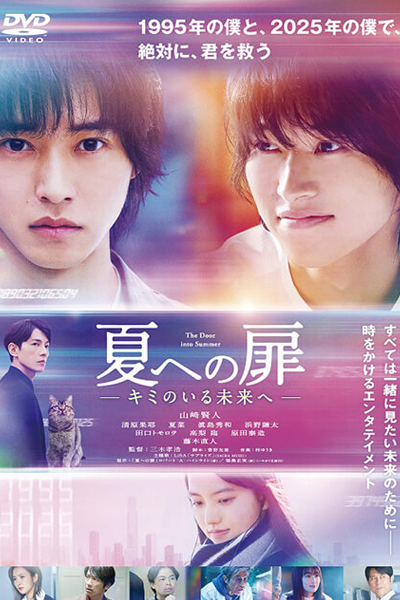 In 1995, Takakura Soichiro is a scientist who works on developing a robot. He is also on the verge of completing a plasma battery, following on the wishes of the deceased Matsushita. Matsushita was a friend of Takakura's late father and raise Takakura as his son. Outside of work, Soichiro Takakura has peaceful days with his cat Pete, his girlfriend, Shiraishi san, and Riko the daughter of Matsushita. He is soon betrayed by his business partner and by his girlfriend, Takakura loses control of his company and the work he has done on the robot and plasma battery. Takakura then opts to place himself into a "cold sleep" freezing machine, hoping to find a better future. When he wakes up, he discovers that he is in the year 2025. Adapted from the novel "The Door into Summer" by Robert A. Heinlein.