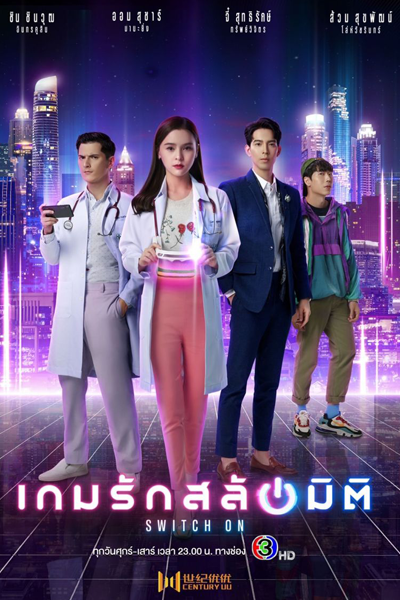 Brisana, A-Kin's father was killed. After this sad incident, A-Kin pays high attention to find out the murderer and thus becomes the hero of anti-unfairness in the game world. Nisa is a surgeon who is in search of her father. She accidentally broke into another parallel world and saved A-Kin's life. When she returns to the real world, she realises that such an experience is in the world of a game named Better world, which is developed by his father. From that moment, Nisa became the key person who could deliver the information of the real world to A-Kin.Nisa believes that A-Kin is a real person in the real world. She always appears when A-Kin is in danger. Having no choice, Nisa told A-Kin the truth that A-Kin is just a character of the game. At these words, A-Kin cannot act as before. Later, he came to the real world and learnt the truth himself. He understood that there was another person who wants to trap him. A-Kin decides to delete himself from the game system in order to prevent the other persons from the real world to hurt people in the game world. But Michael,the senior executive of company rejected to stop the project of Better World. He refreshed the character - The Sun (similar to A-Kin). Nisa and her father tried to stop Michael and finally brought A-Kin as well as the game back to normal. A-Kin proposed to Nisa and asked her to stay in the game world. The fight for power in the game became the biggest obstacle to the relationship between A-Kin and Nisa. As a consequence, A-Kin was reset.He forgot all the good memories with Nisa. The love between them ended up like a dream, but everytime A-Kin fell into a crisis, Nisa went into the game without hesitation to save him. Nisa not only has to face Michael's threat, but also to get through the helplessness of losing her lover. A-Kin's identity in the game was replaced by The Sun, and he reluctantly chose to come to the real world. Although A-Kin has decided to take the responsibility of being Nisa's husband, no matter where he goes, he can't stop worrying about his friends in the game and the mission of maintaining peace in the game world. So he chose to say goodbye to Nisa. A-Kin returned to the game world and met Sean, the biggest black hand. Sean caught Nisa who came to rescue A-Kin in the game. When A-Kin looked at Nisa who was covered in bruises, he realized that it was not just out of responsibility that he chose to marry Nisa, but he really loves Nisa. And A-Kin learned the truth and found a way to end the war with The Sun. At the same time, he caught the real murderer and restored Better World to its peaceful world.However, Nisa seemingly could predict the future. In the future, she sees A-Kin will die. Can she rewrite the future?