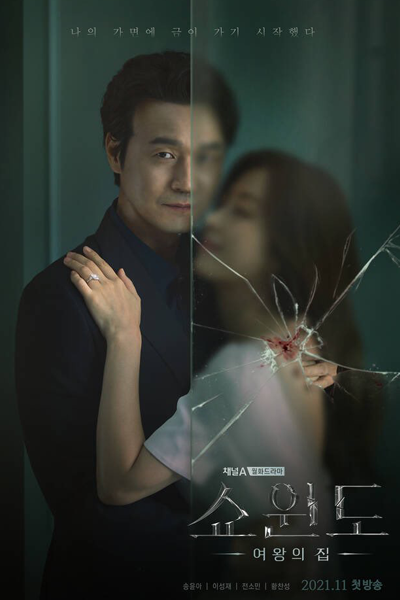 A mystery melodrama about a woman named Han Sun Joo who expresses support for another woman’s involvement in an affair, without knowing that the affair is with her husband. Han Sun Joo has everything from looks and intelligence to wealth. She is a great wife and mother, helping her husband with her exceptional skills and raising her son with her meticulous personality. However, due to an outside intrusion, a fissure begins to appear in the perfect family she’s created, and she dives into war in order to stop it. Shin Myung Seop is Han Sun Joo’s husband. The male version of a modern Cinderella, Shin gradually climbs the ranks of his mother-in-law’s company, Lahen Group, following his marriage. Although he is devoted to his family, he brings about disaster when he starts to feel curious about a woman who isn’t his wife and eventually crosses a line he shouldn’t. Yoon Mi Ra is the woman who shakes up Shin Myung Seop’s heart. With a beautiful face and charm that makes her stand out anywhere she goes, Yoon Mi Ra is a character who’s loyal to her desires. She begins to covet Han Sun Joo’s husband Shin Myung Seop, causing a fierce war of nerves to unfold. Han Jung Won is Han Sun Joo’s younger brother. Optimistic and warm-hearted, Han Jung Won is someone who trusts and relies on his older sister Han Sun Joon more than anyone else. He believes that he can do anything if it’s for his sister, raising questions about how Han Jung Won’s love for his sister will shake up the story.