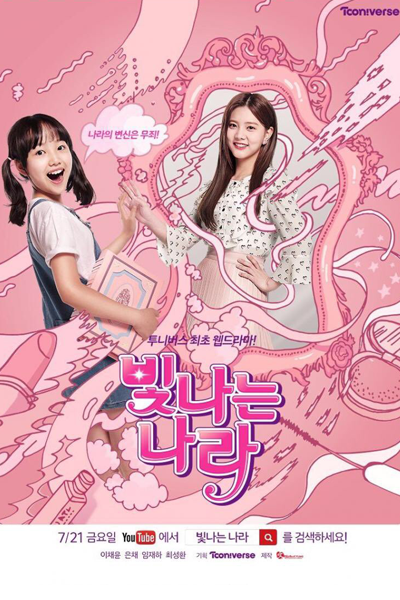 Shining Nara tells the story of a sixth grader named Nara who no longer wants to be a child. One day she finds a makeup kit and decides to use it. As a result, she became a 16 year old girl and disguises herself under the name Bitna to approach her brothers friend who’s training to be an idol only to end up training as an idol herself to be close to him. How will Nara be able to keep her true identity a secret?