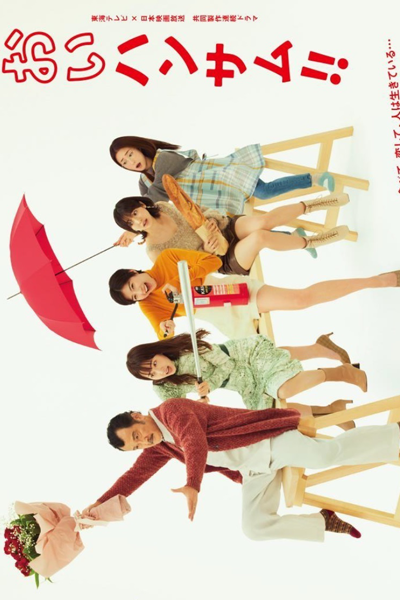 58-year-old Ito Gentaro lives with his wife Chizuru in a house in Tokyo. Each of their three daughters should have left home and lived well. However, their eldest daughter 28-year-old Yuka is single and doing well at work but propensity for affairs. Their 25-year-old second daughter Rika wedded a highly educated man and lives in Osaka but the couple are on the brink of divorce. Their youngest daughter 22-year-old Mika is also single and the moment she gets to start living on her own, she half cohabits with a man who does not seem like he will be a successful manga artist. Gentaro worries endlessly about his daughters who are poor judges of character. Completely ignoring their tastes, this stubborn, old-fashioned father suddenly brings a man whom he likes to the house in the middle of the night and introduces him to his daughters. In fact this man is Yuka’s ex-boyfriend. What will the family be like the next day!? Adapted from the manga "Oi Handsome!" (おいハンサム!!) by Ito Risa (伊藤理佐).