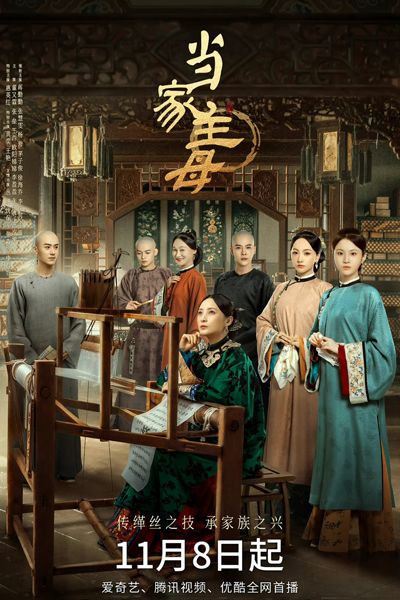 There are two women - one a childhood sweetheart and the other a proper wife - both are natural enemies yet they work together to promulgate the art of weaving. Set during the Qing Dynasty, the weaving industry of Gusu dominates the industry with its embroideries often sent to the palace as court tributes. The Ren family of Suzhou has perfected the style of weaving passed down from their ancestors for generations. The master of the house, Ren Xue Tang, has a gentle personality. On the contrary, his wife Shen Cui Xi is headstrong. With a personality like the thunder and the winds, she is swift and decisive. Under her management, the Ren family flourished and its craftsmanship grew in recognition so much that she has become known as the mother of the house. Ren Xue Yang unexpectedly gets into an accident while trying to track down smugglers. With his whereabouts unknown, Shen Cui Xi endures her grief as she does everything in her power to keep everything together. She joins forces with her rival Zeng Bao Qin as they put on a united front against their enemies.