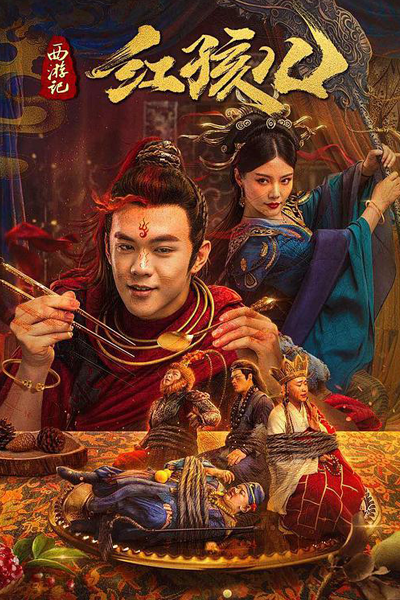 500 years ago, Monkey King caused a ruckus in the Heavenly Palace and accidentally kicked the Eight Trigrams Furnace, causing the Heavenly Fire to fall into the mortal world. In order to save the mortals, Princess Iron Fan did her best to suppress the Heavenly Fire. However, the Red Boy in her womb then got eroded by the fire and became a devil. In order to search for a world treasure for his mother, Red Boy was instigated by the Gray Wolf Monster to go and capture Tang Seng. For this, he battled with Monkey King. Unexpectedly, the two of them fell into an Eight Trigrams Furnace set up by the Gray Wolf Monster. It turns out Gray Wolf Monster’s parents lost their lives when he was young due to the Heavenly Fire. Thus, he plotted to revenge against Monkey King. However, his actions has caused the mortals to sink into another crisis of mountain fires.