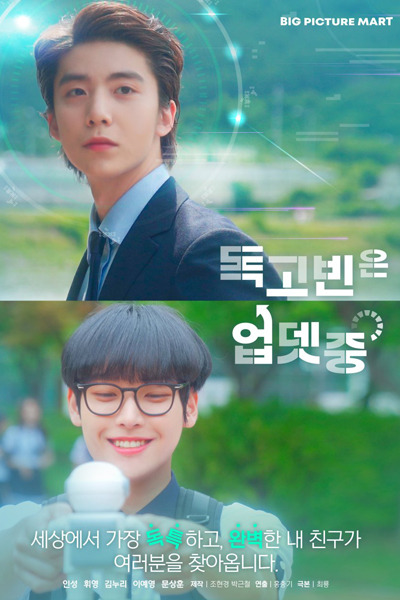 “Dok Go Bin is Updating” is set to premiere in August and will be a comedic story of a friendship between college student Ha Deok Ho (Inseong) and AI robot with a heart of gold Dok Go Bin (Hwiyoung). Ha Deok Ho is a freshmen who is kind and cute, but is unable to read the room at any time. Meanwhile, Dok Go Bin was supposed to be one of the greatest works in history with the perfect combination of hardware and software but was mysteriously released with the lable of “Incomplete.” Along with them is Kim Nu Ri playing the role of Jin Yoo Ra. She is dubbed the “Goddess of social media” and is the most popular girl in school, and is also the person Ha Deok Ho has a crush on. YouTuber Moon Sang Hoon will play Professor Kim, who is highly intelligent and created Dok Go Bin with the hopes of turning his life around.